If we are to make assumptions and draw conclusions from very little information (as we pro wrestling fans are wont to do), then it appears as if the current brand extension 2.0 will not feature a yearly draft. Rather, we’ll get a “Superstar Shakeup” at some random point in time of Vince McMahon’s choosing. It seems as though the shakeup will work essentially like a draft, but without the rules and drama that a scheduled draft can produce.

Personally, I liked the draft. It was a good way to build anticipation, and it felt like a big, important event. This year’s Superstar Shakeup didn’t feel particularly compelling. It felt a little like they were going for surprise debuts, but if you expect a surprise, even if you don’t know what the surprise is, then it’s still no longer surprising. I don’t know, it just felt like it was something that they could just as easily have posted in WWE.com and it would have had the same effect, while the draft managed to build anticipation for each new pick. 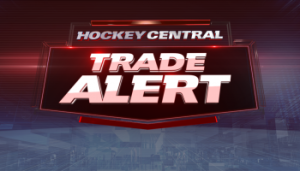 I think the WWE should adopt a policy similar to the NHL (and probably other professional sports, but I don’t watch those so I can’t comment on them). The GM and commissioner of each show should be able to draft and trade wrestlers/superstars at any time throughout the year, but there will be a trade deadline prior to Wrestlemania. The Royal Rumble would be the deadline, meaning the last RAW and SmackDown prior to the Royal Rumble would be the last time superstars could appear by surprise.

From the Rumble to ‘Mania, no trades could happen. This would make the “Road to Wrestlemania” that much more special, and it would naturally allow for increased surprises leading up to that point. Think about the trade deadline in the NHL. Tensions run high over time because there’s a time limit. The Superstar Shakeup is one night and done. My way would allow for genuine surprises throughout the year, and increased tension leading up to the Rumble. The final RAW and SmackDown before the Royal Rumble could become equivalent to the post-Wrestlemania RAW and SmackDown in terms of “must see TV.” Multiple trades would naturally occur at that time, and that would allow for organic feuds leading up to ‘Mania rather than some of the forced feuds we’ve seen.

As it stands, we are stuck with the Superstar Shakeup. I thought it was fine, but I wanted to dig deeper into the actual trades that were made in order to see which show came out on the better end. To judge the picks, I have attempted to pair the trades with what I see as their rough equivalent on each show to see which pick was better. This is my attempt to judge how the heads of RAW and SmackDown actually traded value for value.

Dean Ambrose. Former member of The Shield. One of the longest reigning US Champs of all time (though he almost never defended it). Two time IC Champ. One time WWE Champ.

On paper, they look to be equal in terms of accomplishments in the WWE. Both have been dominant, and both have seen strong support from viewers. But wrestling is all about what is happening now, so who is currently in the better position?

Ambrose is coming out of a feud with Baron Corbin. Corbin is getting pushed as a strong heel, so Ambrose appears to be in the role of making Corbin look good. I think he did that job pretty well. Ambrose beat Corbin in an okay Wrestlemania Kickoff match after they got bumped from the main card by the SmackDown women’s match, but their match on SmackDown Live two days later was very good. Owens is coming out of a feud with Chris Jericho, one of the most entertaining stories in recent memory. His match with Jericho at ‘Mania stole the show in my opinion.

Owens is better on the mic, and is more inventive in the ring. Despite the outcome of the champion versus champion match on RAW, Owens is the superior pick. He’s right to question Shane and Daniel for not picking him in the draft last year.

The Miz & Maryse vs Rusev & Lana

Okay, so Miz and Maryse are obviously sticking together as a couple, but it appears as if Rusev and Lana will be going their separate ways. But they’re still on the same show. So it’s confusing.

To be fair, Rusev and Lana were announced separately on SmackDown, but I felt I had to pair them together for comparison’s sake. And when we compare championships, there’s no comparison. The Miz is light-years ahead of Rusev. He’s headlined Wrestlemania (as the commentators are so eager to remind us), but beyond that, he’s proven that he can create a compelling story when he puts his mind to it. Rusev hasn’t been in the WWE for as long as The Miz, but he’s proven that he can create a good story in the ring. So who is the better pick?

Rusev is coming out of an injury, and Lana is coming in with a questionable gimmick. The Miz is coming off of facing Cena at Wrestlemania and Maryse is, uh, Maryse is at least as much of a wrestler as Lana.

Tamina wasn’t even actually part of RAW since she wasn’t included in last year’s draft, but Charlotte was the most dominant female in the past year, let alone the past ever.

Alexa Bliss came into prominence on SmackDown, and Mickie James started (but stalled) a comeback in the WWE.

Wherever Charlotte goes, so goes the dominance of the women’s divisions.

What has either of them really done? Kalisto has done more. I suppose.

Curt Hawkins has done nothing but be a comedy act since his return. Jinder Mahal has been shown to be rewarded for his hard work.

These superstars were grouped together because that’s all that was left. I’m actually a little surprised that the shakeup ended up being nearly equal in terms of number of people being traded, but this matchup is no competition. Apollo Crews has struggled to find his bearings for the past year, and Slater and Rhyno haven’t been relevant since they lost the titles.

New Day is perpetually the best team ever, and the Colons have potential they’ve never reached. I expect the Colons will also fail to catch on in SmackDown, but New Day brings a level of competency that none of the other names here can bring.

Just barely, SmackDown Live wins the first ever Superstar Shakeup. SmackDown had bigger stars come over in overall comparison. In all fairness, I’m looking forward to Bray Wyatt vs Finn Balor more than any other match created by the shakeup, but even so, SmackDown came out on top.

The match I’m most looking forward to right now though? Sinsuke Nakamura vs Dolph Ziggler, which has nothing to do with the Superstar Shakeup. The equivalent on RAW? Roman Reigns vs Braun Strowman. Boring as F. 0/10. Not interested. At all. Despite the overly produced segment on RAW.

My next most interested feud right now? AJ Styles vs Kevin Owens. So for that, SmackDown gets the easy victory.

But you know, there were two guys who insisted that they would stay on their show. Those guys were Seth Rollins and AJ Styles. I think Rollins and Styles should be worked into a match for Summer Slam or Survivor Series for brand loyalty dominance.